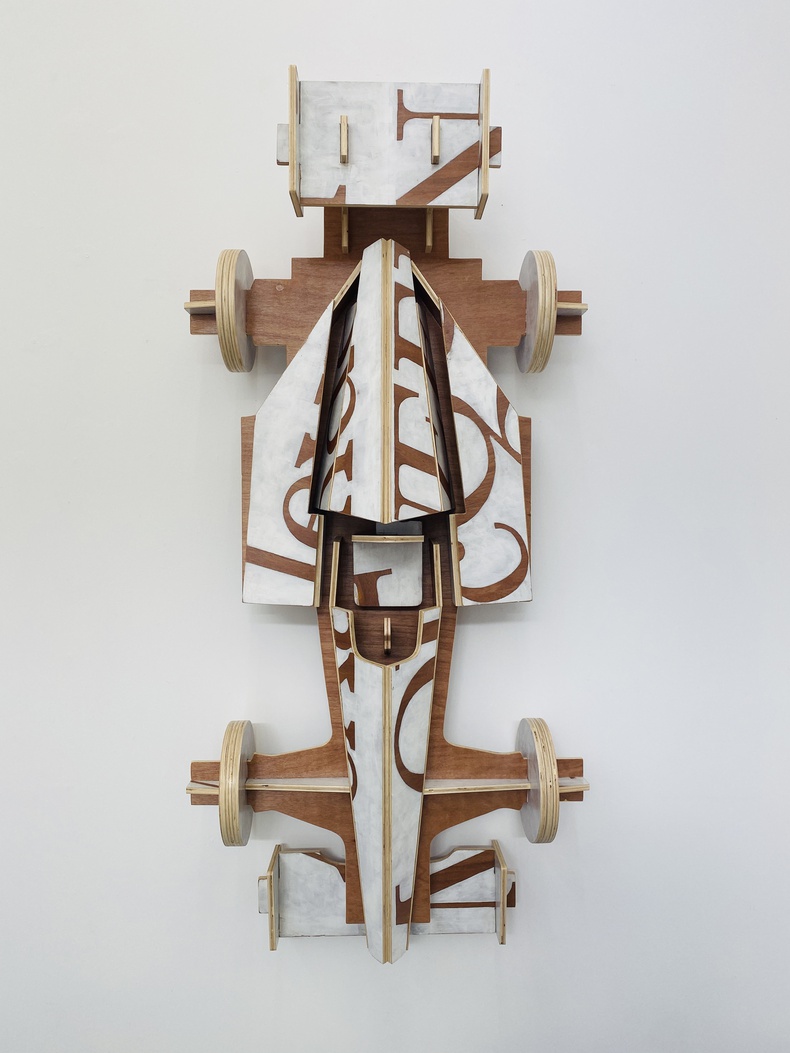 A.P.R (Arnault, Pinault, Renault) takes its name from the two French billionaires that each respectively control the luxury goods corporations LVMH and Kering, together with the French car manufacturer (and Formula 1 racing team), Renault. From this point of conflation and provocation, springs a mix and match of elements without too much care for an overt construction of meaning. Connecting timelines and resonating wordplays come to the fore instead, even the title itself and the month of exhibition have their relationship purposefully situated in droll humour.

Bernard Arnault is the Chief Executive of LVMH which owns Dior, Celine, Bvlgari and Emilio Pucci amongst many others, whilst FrançoisPinault is the founder of Kering which owns Gucci, Brioni, Saint Laurent and Alexander McQueen plus many more. Both are two of the world’s biggest art collectors. In Ellwood’s hands these competing luxury brands are brought together amusingly as rhyming pairs -Gucci/Pucci, Bvlgari/Brioni, Celine/McQueen etc. Added to this is his usual interplay of highly rendered charcoal drawing, hand constructed sculpture and the occasional flutter with Photoshop.