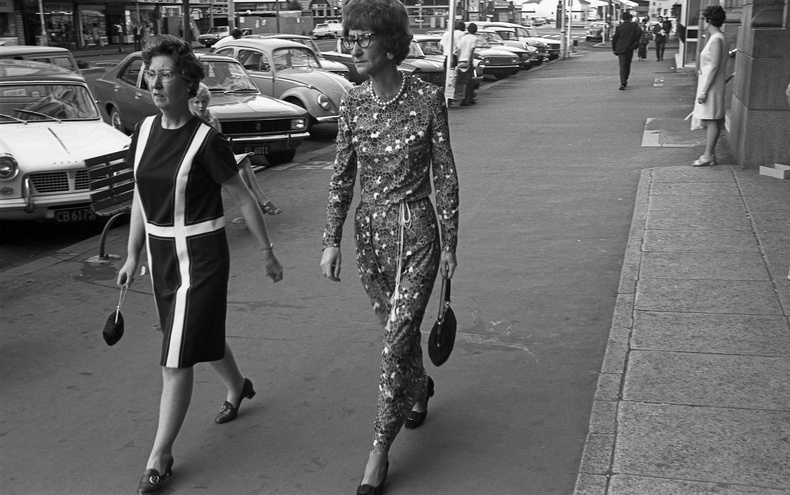 NOTE: There are over 200 images in this exhibition so we recommend you visit to view.  Only a small selection of images is featured online.

A new exhibition of rare and unseen photographic work of Auckland from the 70s & 80s by the late HARVEY BENGE as part of the Auckland Festival of Photography.

Of the series "Any Lonely Person Write to Ponsonby" Benge wrote - "The photographs in this series were made in the early years of the 1970's.  At that time I exposed over 200 rolls of black and white film in the Auckland suburbs of Parnell, Freemans Bay and Ponsonby.  Also making pictures in Auckland's rapidly changing Central City. The period predated the rush of urban revitalization and gentrification that we see rampant in Auckland today" (Harvey Benge, 2015)

This exhibition feels like it’s been in the making all of my life – and in many ways it has. I first met Harvey Benge when I was six.  We had recently moved up to Auckland from Wellington and he and his then wife Sandra, were introduced to my parents by my aunty.  They soon became firm friends, with our families spending many good times together.  Harvey worked in advertising back in the 70’s / 80’s and in fact well beyond, but his passion was always photography.  I remember him doing a few jobs for my father who started Metro magazine in the early 80’s. He was good.

Three deaths later, my mother is the only one still alive from those heady days of cask chardonnay and probably illicit drugs at late seventies / early eighties house parties where we kids would fall asleep where ever we could find a soft spot. But way before, divorce ripped through both our families and tore us all apart.  Harvey phoned me before my father’s funeral in 2018 and asked if it would be appropriate for him to attend.  They hadn’t seen each other in quite some time and had long ago drifted apart for reasons that still baffle me. I assured him that it would be inappropriate not to as real friends are forever.  He was chuffed.

Only a year later, Harvey died too. We had become friends through different avenues by then. The family connection was still there as a distant memory, but - as I had grown up - he had delved more and more into the world of photography and our paths increasingly crossed.  He lived locally too and I often saw him striding purposefully down Ponsonby Rd on his way to meet someone for coffee.  We often met up too or he would pop into the gallery and would discuss the ways of the world and how we would like to collectively change things.

The works in this exhibition are from a time when I was a kid and Harvey always carried a camera in my mind. He captures central Auckland before it’s gentrification.  A time when the villas of Grey Lynn were inhabited by working class Polynesian families and the taxi drivers ate at Ivan’s on Ponsonby Rd.  Where washing was strung up on the front porch and gardens were wild. We spent a lot of time there when I was young. Harvey got around too.  He liked to walk and he would stop and talk to anyone.  You can see that in his images – the ease that the subjects have around him and his lens.  This is Auckland – unseen and rare images of a bygone era.  This is Harvey’s Auckland.

Review on The Pantograph Punch