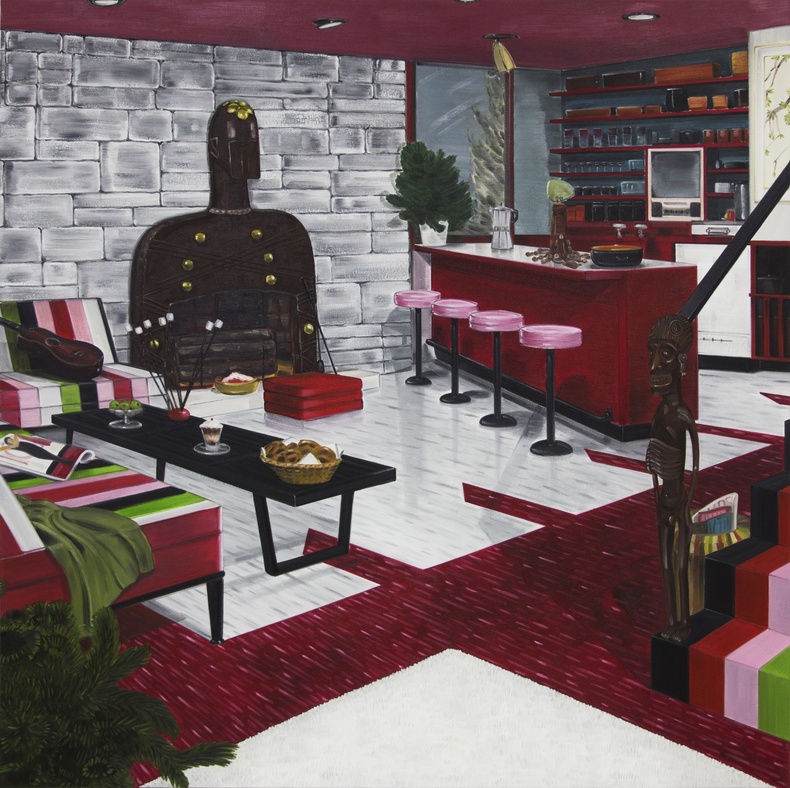 "Sugar Loaf Waka" represents a shift away from Graham Fletcher's "Lounge Room Tribalism" works of the past couple of years. Tribal objects are still strategically placed within modernist interiors, but these objects now function with new roles that force them to integrate more with their new environments (as well as being more alienated from their historical function). The exhibition title is a term borrowed from Roger and Simone Waisbard’s book "Masks, Mummies, and Magicians: A Voyage of Exploration in Pre-Inca Peru" (1965). The Sugar Loaf Wakas are pyramid-like structures found within the Rimac Valley, Peru and are thought to be the oldest of the pre-Inca monuments. Within these Wakas can be found funerary chambers that contain the mummified corpses of indigenous peoples that are often surrounded by a range of objects such as earthenware pots and wooden oars. This notion of preservation is central to the ideas behind Fletcher’s Sugar Loaf Waka works, to the point where these idealised spaces become time capsules where meaning is altered through the passage of time.

A limited edition publication produced by Pania Press will also be released to coincide with this exhibition.