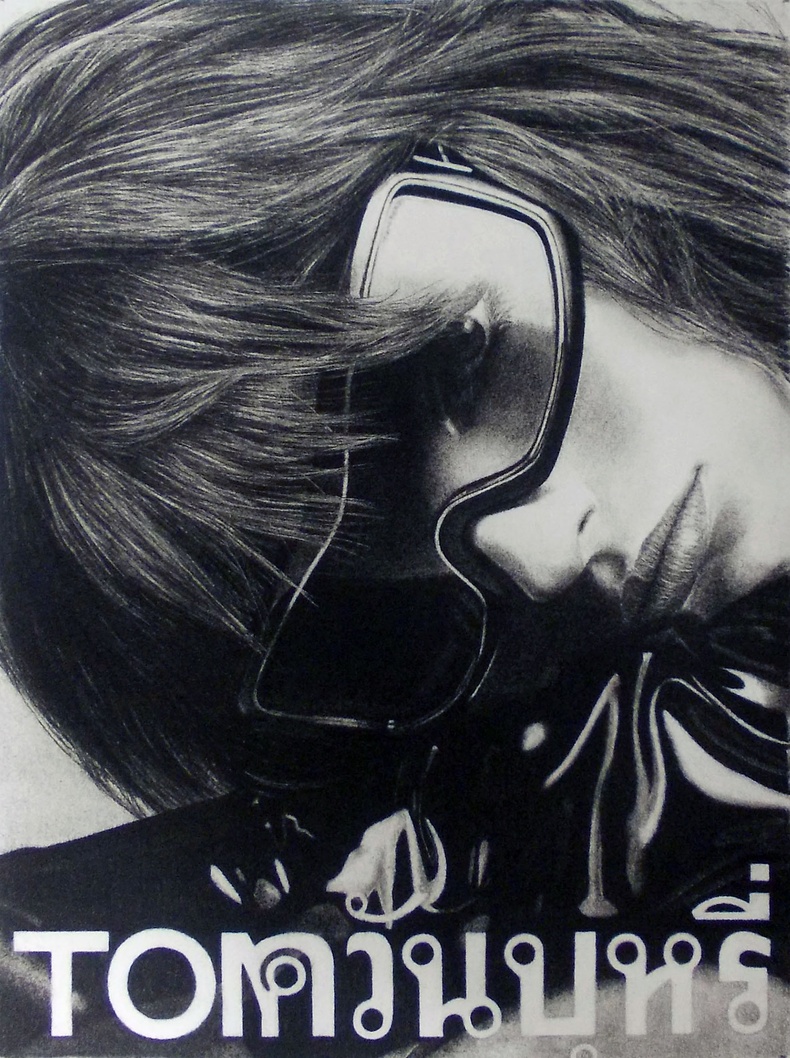 PLEASE NOTE: THE GALLERY WILL BE OPEN BY APPOINTMENT ONLY 5 - 11 AUGUST FOR THE DURATION OF THE AUCKLAND ART FAIR.

In 2010 SAM MITCHELL was the Paramount Winner of the Wallace Trust Art Award which resulted in a six month residency in New York on the prestigious International Studio & Curatorial Program (ISCP) in late 2011. The experience opened up new possibilities for her work that she continues to explore and develop with her new series “Hip”.  These are portraits exploring the so-called hipster culture that was so prevalent in Williamsburg where she was based during her residency and are a light hearted and subversive look at popular culture and the inevitable 'sameness' that goes with fitting in to the clique of ‘cool’.

Wellington based artist ERICA VAN ZON’s "Don't Make Your Heart a Lion's Den" was previously exhibited in 2011 in the group exhibition “Tender is the Night” curated by Heather Galbraith for the City Gallery, Wellington.  "Once I had a love, and it was a gas," sang Debbie Harry. This work is made of gas, pink neon spelling out the words. The statement is active, but pushes and pulls in different ways. Its oddness also comes from being translated from Dutch. The tugs of love are hard to put into words, but its mood is expressed by the glow of a set of words.”  (Mark Amery, The Dominion, 2011 reviewing "Tender is the Night")

“Referring to van Zon’s Dutch heritage the work represents a softened version (and a mistranslation) of the Dutch phrase “Maak van je hart geen moordkuil”, which literally means: “Don’t make your heart a murder hole”. Untitled traces its lineage back to American artist Bruce Nauman’s neon text works, which took a playful and mischievous approach to the inherent problems and slipperiness of language. When confronted with the challenge of “What to do?” in his studio soon after graduating, Nauman had the simple but profound realization that “if I was an artist and I was in the studio, then whatever I was doing in the studio must be art. At this point art became more of an activity and less of a product.”  (Virginia Were, Art News, 2012)

MATT ELLWOOD creates new works on paper for this exhibition subverting the imagery of modern advertising with his satirical appropriations recreated in charcoal. Here Ellwood turns his attention to Tom Ford – high priest of consumer cool and his 2013 eponymous eyewear collection. In one work the generic campaign text has been substituted with a cigarette health warning gleaned from a discarded packet, deliberately from a non-English speaking country with a high percentage of smokers.  In the second work it is only the font that has been changed (into Times New Roman) - a simple intervention and wry commentary by Ellwood on the controlling measures taken by Ford in his quest for perfection.

New sculptural work by Matt Ellwood will be exhibited concurrently with Melanie Roger Gallery at the Auckland Art Fair.  Further works from Ellwood’s “Smoking Tom Ford” series will also be exhibited in September at The General Store for Contemporary Art in Sydney.