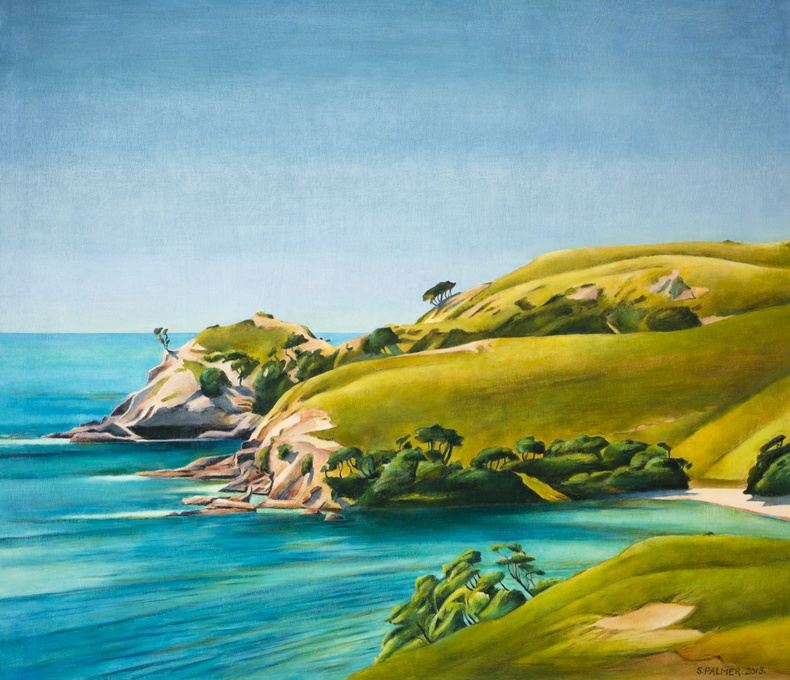 New paintings are in response to the time Palmer spent there and explore the grassland, farmland and coastal area of the Island. Layla Walter responds to Palmer’s work and time she has spent previously on the island with new cast glass work in colours and forms to echo Palmer’s imagery and palette – farmhouse dahlia flowers in sunset shades of pink, red, yellow and orange; and native tui works in vivid shades of green and blue.