TESSA LAIRD will exhibit new work as a solo exhibition "House of Bats" at Corbans Estate Arts Centre from 5 December 2014 - 18 January 2015 as a response to the plight of New Zealand's pekapeka, our only native land mammals.  Once upon a time bats numbered in the millions on these islands, however introduced predators and diminishing habitats mean that most people don't even know there are bats in Aotearoa today.  A small colony of long-tail bats remains in the Waitakere Ranges, and it is in honour of this tenacious group of flying mosquito eaters that Laird has created a house (or at least, a room) of bat related imagery.  Working in both print and ceramics, Laird creates elements of an elaborate Victorian parlour - florid wallpaper and baroque candelabra - imagining that the house's residents are bats.

Ben Paris, Senior Biodiiversity Advisor at Auckland Council, will present a talk about bats around the world, bats in New Zealand, and the work he carries out with Auckland's special population of long-tailed bats.
Saturday 6 December 2015, 11am

To enquire about works by TESSA LAIRD: info@melanierogergallery.com 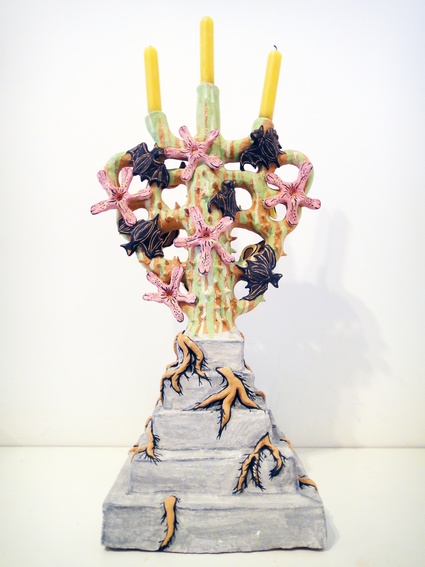 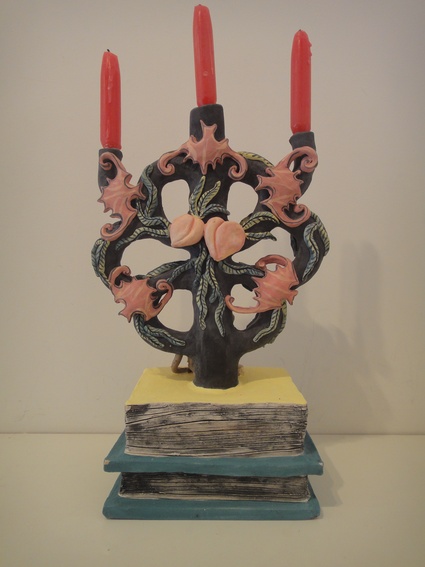