TIFFANY SINGH is the Brick Bay Sculpture Park Summer artist of 2014.  Her new work "The tree which moves some to tears of joy is in the eyes of others only a green thing that stands in the way" runs from 18th January over Summer.

Currently Artist in Residence at the McCahon House, Titirangi, and recently returned from the Montalvo Arts Centre residency in California, Singh’s recent practice has formed an enquiry into concepts of wellbeing. This latest installation calls attention to the important issue of Kauri dieback disease affecting New Zealand giants of the forest.

Titled ‘The tree which moves some to tears of joy is in the eyes of others only a green thing that stands in the way’ Singh draws on the ancient tradition of tree worship (dendrolatry) in this piece, creating ‘an offering to the forest spirits’ to protect the Kauri from this devastating disease. Visitors experiencing the work will learn about and carry out the hygiene necessary to halt the spread of the disease which is caused by a microscopic soil-born pathogen.

Linking East and West, Singh’s work will take the form of Japanese Torii Gates, building on the Eastern connection established when New Zealand’s great Tāne Mahuta was partnered with Jomon Sugi, a giant cedar on Yakushima Island in Japan, in 2009.

Torii gates are traditionally placed at the entrance to shrines, significantly dividing our visible world and that of the spirit world. At Brick Bay a series of these gates will lead people through the Kauri grove to the main giant Kauri (over 100 years old), which Singh views as living shrines. Visitors will be invited to play the bells suspended above (fair trade, from India), which become softer and of higher tone along the walk.

The pathway, and the gates of ‘The tree which moves some to tears of joy is in the eyes of others only a green thing that stands in the way’ culminate close to Phil Dadson’s ‘Listen-stop’, an interactive art work described by Dadson as “a prosthetic performance task for solo, contemplative listening and/or conversation with the birds, the bells and the kauri”.

A special event every summer season, the Temporary Artist Project serves to broaden an understanding of sculpture, in addition to the diverse abundance of work by leading New Zealand artists available for sale at Brick Bay Sculpture Trail. 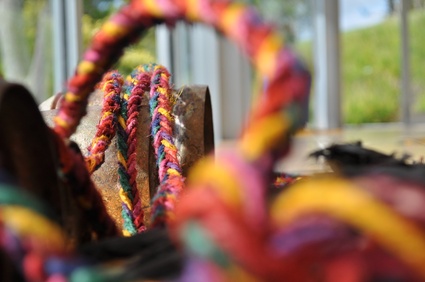 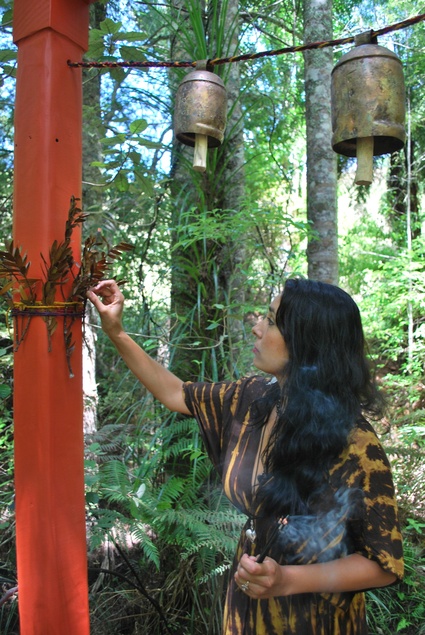