TIFFANY SINGH presents "Fly Me Up to Where You Are" at the PATAKA MUSEUM as part of the 2014 INTERNATIONAL FESTIVAL OF THE ARTS from 27 January - 4 May 2014.

Inspired by the ancient Tibetan tradition of prayer flags, TIFFANY SINGH has collaborated with Porirua secondary students (for the Pataka project) and the wider communities, to develop multimedia flag installations which look at the political issues and biases that young people face in their community and Aotearoa today.

For Pataka - during a one day artist run workshop at Whitireia, TIFFANY SINGH worked with students to draw on their planning and ideas. Each student created their own flag which is part of this shared exhibition and shows their ownership of community, awareness of political issues and solutions for the future out into the Porirua community and the world.

"Fly Me Up to Where You Are" was originally developed for and presented at the AUCKLAND ARTS FESTIVAL 2013 when Singh worked with thousands of Auckland school children to present this community art project to popular and critical acclaim. 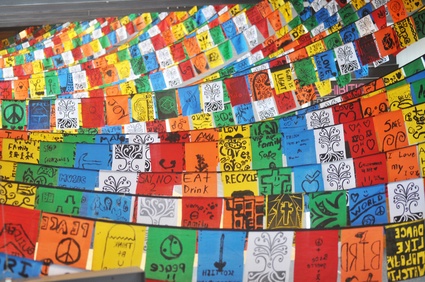 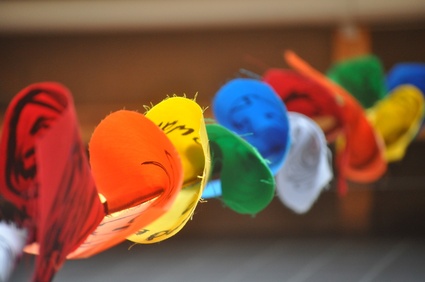