GAVIN HURLEY has created a new series of works for the exhibition "Tranquility Disturb'd" at the New Zealand Portrait Gallery in Wellington from 12 March - 31 May 2015.

Curated by Richard Wolfe the exhibition offers a unique view of an important and dramatic aspect of New Zealand history. The main focus is the impact of English navigator Captain James Cook’s three visits to this country and the wider Pacific region in the late 18th century. Arguably, no single individual has had such influence on the course of New Zealand history.

HURLEY has developed a highly distinctive approach to portraiture, using stylised facial features and large areas of flat colour. For ‘Tranquillity Disturb’d’ he chose previously overlooked subjects - the servant boys who sailed on Cook’s Endeavour. The lack of any known images of these lads was no deterrent; rather, Hurley relished the shortage of historical information and the opportunity to ‘invent’ personalities. In the process he wondered about the personal backgrounds and circumstances of these young seafarers, and their experiences on one of the greatest voyages in history. Despite all that happened and the success of Endeavour, Hurley describes the voyage as seeming ‘like a total fantasy’. One of his subjects, Nicholas Young, is of course familiar to us; as the first member of the crew to sight New Zealand, he gave his name to Young Nick’s Head.

Individually, the three artists in ‘Tranquillity Disturb’d’ offer very different and highly personalised interpretations of New Zealand history. Equally diverse are the means – both traditional pigment and contemporary digital technology – used to realise their visions. At the same time, their images collectively underline the durability, diversity and on-going relevance of portraiture in New Zealand.

To enquire about works by GAVIN HURLEY including those in this exhibition: info@melanerogergallery.com
Both paintings and collages in this series will be available. 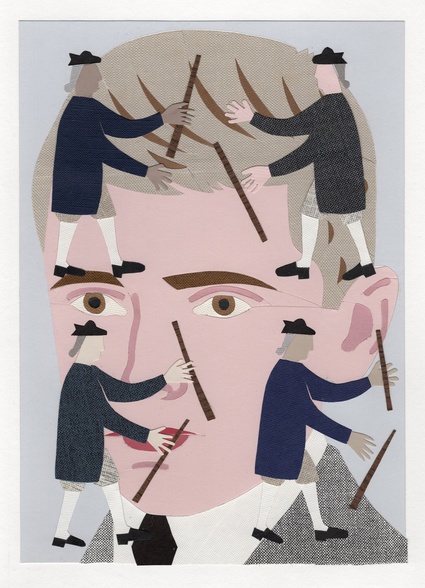 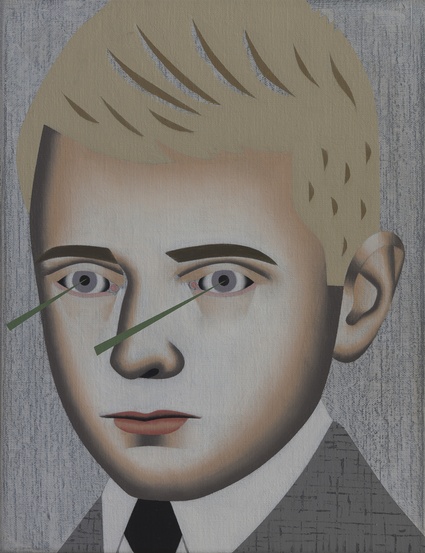