Following his debut solo exhibition "Show me Something Quieter" with Melanie Roger Gallery, we are pleased to welcome ROBIN NEATE as a represented artist.

Currently based in Christchurch, painter Robin Neate has exhibited locally and nationally in both private and public institutions for several decades. Recent exhibitions include: Show Me Something Quieter (Chambers 241, Christchurch, 2015), Spring 1883 (Sydney, 2015) There and Maybe (Hamish McKay, Wellington, 2015). Neate also exhibited in pioneering artist-run galleries including Teststrip (Auckland) and Cubism (Wellington). A arts writer in his own right, publications on Neate include ‘Show Me Something Quieter’ (Barbara Garrie, Greenstreet Publishing, 2015); ‘There and Maybe’ (Ilam Press, 2015) and ‘Robin Neate: I think I'll go on down to the Pacific and from there I'll improvise, Part II. Mono 1:1’ (Warren Feeney, Ilam Press, 2014).

To enquire about works by ROBIN NEATE: info@melanierogergallery.com 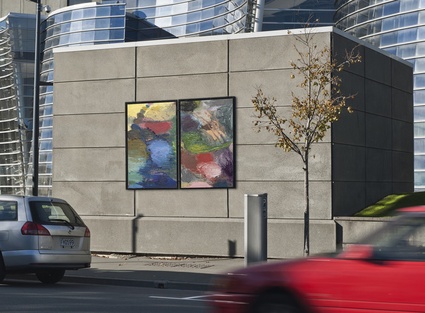