‘Indra’s Bow’ is a new collaboration between gallery artist TIFFANY SINGH and Jo Blogg at the MTG Hawke’s Bay in Napier. The installation consists of two main elements, a mandala constructed upon the ground and a suspended work above and runs from October 2016.

‘Indra’s Bow’ responds to the festival of Diwali which signifies the victory of light over darkness. In this case the motif of the rainbow is used to represent the light in the hopes of providing a fresh perspective on rainbows one encounters in day to day life.

As well as being a naturally occurring phenomenon noted for its beauty and mystical appearance, the rainbow appears in various mythologies from different cultures around the world. Often it brings with it the promise that troubles will pass and that fresh new beginnings and prosperity are on the horizon.

The installation will involve a rainbow rendered in natural materials. Floor and ceiling will both be used as supports for artworks. A mandala will be created in rice alluding to Lakshmi the goddess of fertility and prosperity who is also associated with Diwali.

To enquire about works by TIFFANY SINGH: info@melanierogergallery.com 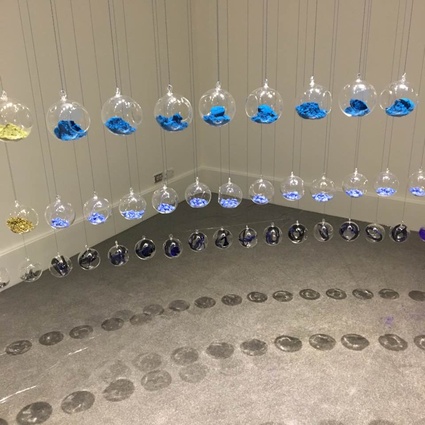 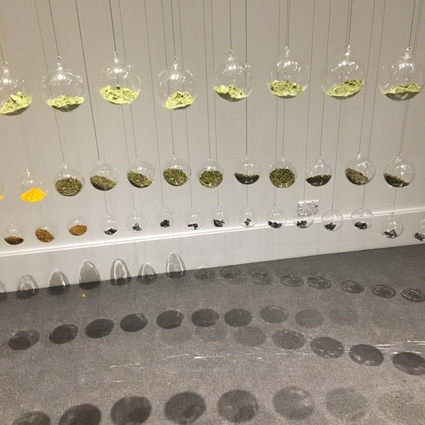