As part of our ongoing but occasional series of public programmes, MATT ELLWOOD will discuss his work in the solo exhibition "The Germaine Greer Series" on Saturday 2 September at 11.30am.

Inspired by what would soon be the 40th anniversary of Greer's March 1972 conviction in New Zealand for the use of obscene language during the promotion of her ground-breaking book "The Female Eunuch", Ellwood reproduces, in charcoal, the nine adverts that appeared throughout her Playboy magazine interview from January of the same year.

To enquire about works by MATT ELLWOOD: info@melanierogergallery.com 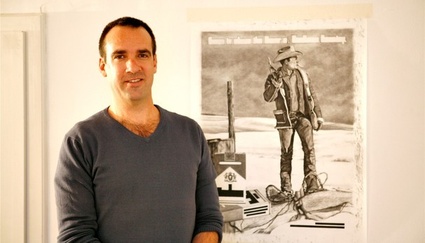