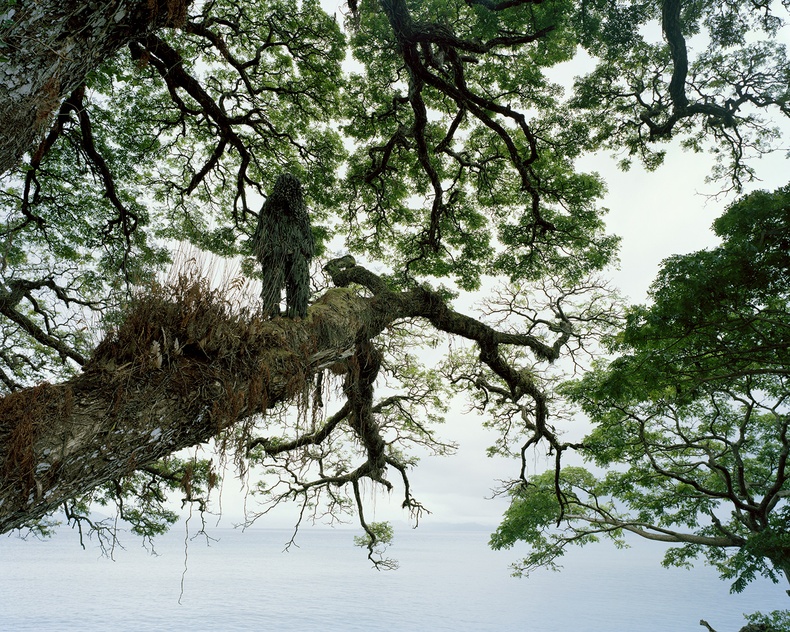 Derek Henderson presents a new series of photographic prints that explore the introduction of exotic species into existing biological environments. Shot with a large format camera these highly-detailed images reflect upon the history and impact of the Kudzu plant in Tavenui, Fiji.

A shaggy yeti-like creature acts as a stand-in for the noxious weed originally native to Japan which was introduced into the United States as a decorative vine in the mid-nineteenth century. By a strange twist of fate Kudzu was then introduced by the American military to many islands in the South Pacific in order to camouflage their equipment so that it could not be seen by Imperial Japanese forces.

Whimsical and intricate photographs document the ambient particularity of place and the intricacy of vegetation combined with a quasi-mythical beast in order to reflect upon the native and the exotic, invasion and colonisation.

Text by Nick Atkinson in the New Zealand Herald.