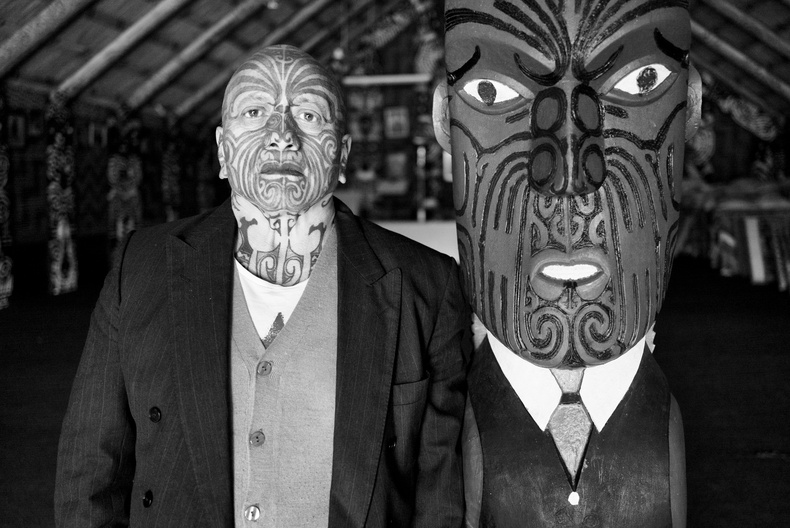 ITI – the Tūhoe meaning of which is “humble or in the background” - is a new exhibition of paintings by TAME ITI and photography by BIRGIT KRIPPNER.  This ongoing project comprises photographs during Krippner’s regular visits with Ngāi Tūhoe a Māori iwi of New Zealand, also known as “the children of the mist”.  Work in this series was previously exhibited in Wellington in February 2015, and in San Francisco at the Harvey Milk Photography Center, in April 2015.

During the colonial period the Crown confiscated Te Urewera, Tūhoe’s ancestral homeland in the eastern North Island. In the 20th century the Tūhoe people suffered extreme social deprivation – ravaged by famine and disease. Especially hard hit were the children — school records from the 1920s and 1930s show that 75% of those who died were less than 25 years old.

Despite this adversity, the Tūhoe people have demonstrated the mana  to preserve their Māori identity like few other iwi — including the continued and uninterrupted use of their native language by a very high percentage of their population.

Krippner’s photos in this exhibition document a very important time in Tuhoe’s history. Tūhoe’s 2014 treaty settlement with the Crown returned Te Urewera, the spiritual home of the Tūhoe people, and marks the transition from grievance to a future promising greater opportunity and self-determination.

Krippner’s photographs provide an intermit lens on Tame Iti, the Tuhoe people and Te Urewera, and serves as a document of the promise of new beginnings.

Tame Iti has made new paintings for the exhibition based around ideas of location and relocation.  Unframed and unstretched on loose canvas and thick builders paper, these works explore change that the Tuhoe people have faced as well as our more general population of New Zealanders and the challenges we face in contemporary society today.

Anna Bracewell-Worrall from BFM visited the gallery and spoke to Birgit Krippner about the exhibition.