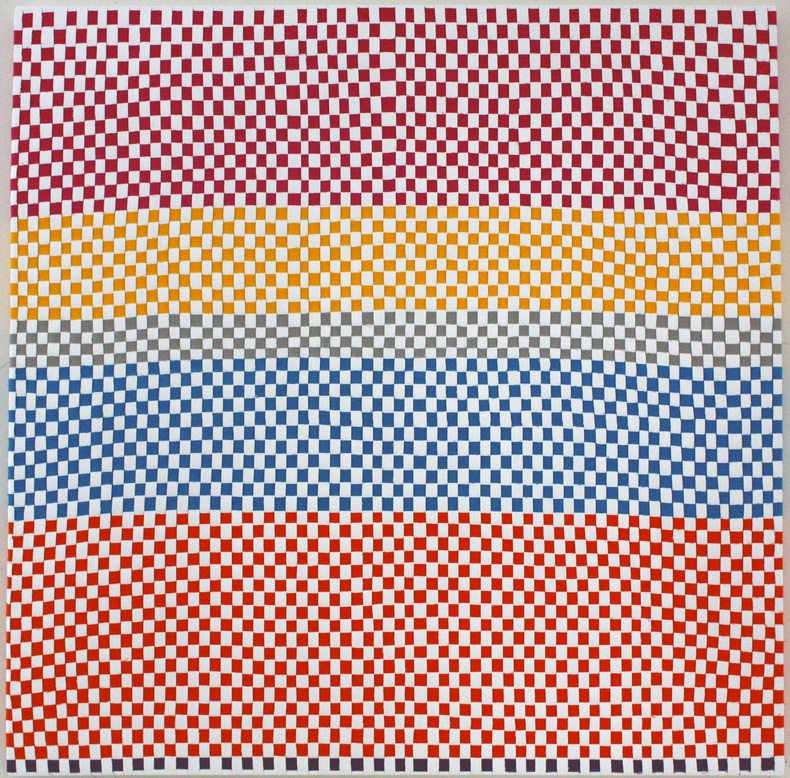 ERICA VAN ZON continues her series of tapestry works begun as part of her exhibition "The Light on the Dock" exhibited as a solo project at the City Gallery Wellington in late 2013 - early 2014.  Erica van Zon (b. 1979) currently lives and works in Wellington. Since completing her Masters at the Elam School of Fine Arts, University of Auckland in 2008 she has exhibited in artist-run spaces, private galleries and public institutions both nationally and internationally. Recent solo exhibitions include: Somewhere It’s Dawn (The Engine Room Gallery, Wellington, 2012), Moving Forward (Rm, Auckland, 2012), Prismatic Time (City Gallery, Wellington, 2011) and Take This With You (Newcall Gallery, Auckland 2009). She has also exhibited within curated exhibitions and group shows such as: Slip Cast (The Dowse Art Museum, 2014), Sam Mitchell, Erica Van Zon, Matt Ellwood (Melanie Roger, 2013), Knitted and Knotted (The Dowse Art Museum, Lower Hutt, 2011) and Tender is the Night (City Gallery, Wellington, 2011). Van Zon has received significant recognition for her work, in 2011 she participated in an AsiaNZ residency at Red Gate in Beijing and in 2007 she won the inaugural Iris Fisher scholarship at Te Tuhi Centre for the Arts. In July and August this year she will be artist in residence at the Dunedin Public Art Gallery with a solo show scheduled there for late 2014.

New York based VICTORIA MUNRO (b. 1975, Wellington, NZ) works in a variety of media including installation, sculpture, ceramics and photography.  Her recent cast pieces in glazed and unglazed porcelain work towards "understanding the rigorous dedication of painters to their materials and how the sculptural properties of painting can inform a work's meaning."  This exploration is continued in her new series of woven canvas works in this exhibition.

Munro has exhibited work in solo and group exhibitions within New Zealand and internationally including the United States, Australia, Mexico, The Netherlands and the United Kingdom.  In 2011, Munro was commissioned by New York City Department of Transportation to create a major new public art project for the Grand Staircase at the George Staten Island Ferry Terminal.  In addition to her artistic practise, Munro is editor of SOAP magazine and has curated many exhibitions and projects.  She was a founding director of Room Gallery (rm3 / Rm212) from 1998 - 2002.  Most recently she curated the international group exhibition "We Go Far....and Way Back" at Show Gallery on Staten Island in New York.

Wellington based artist GARY PETERS makes non-objective wall drawings and painting objects. These are created in response to the surrounding environment through noticing architectural details in the studio or gallery space which are then brought into his work.  Unafraid of colour, he creates unexpected combinations and relationships in his work using colour to effectively seduce and repel the viewer. Taking colour from the locale the work find it’s place in the environment; when “alien colour” is introduced, often at random, it causes a frisson.  Rules, systems and process add another dimension to the work. Setting up decisions and choices prior to making potentially remove the artist from the work yet, thanks to his love of making things, Peters’ works are defiantly hand made and dependent on the artist’s presence.