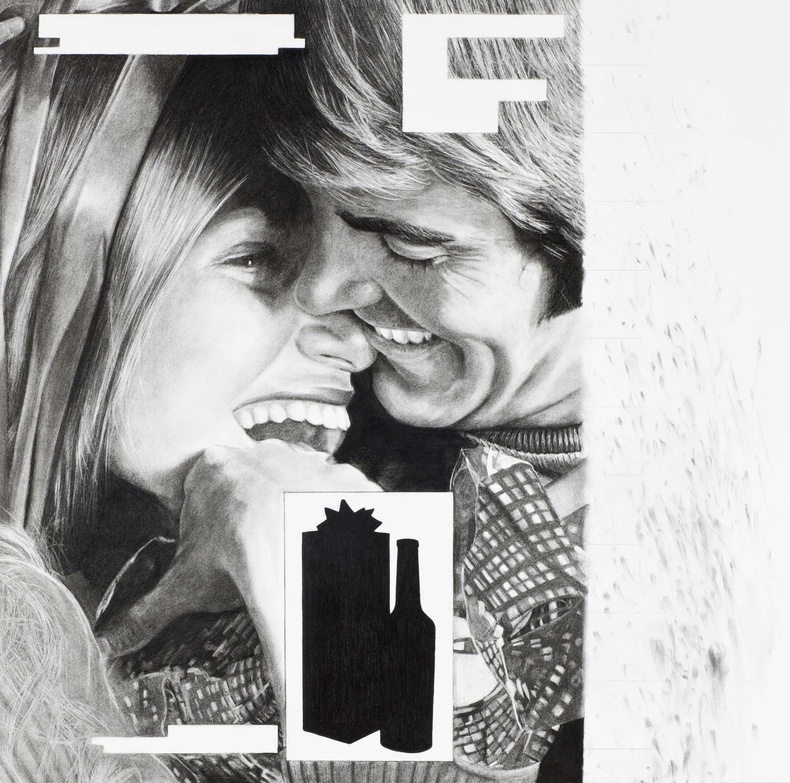 "The Germaine Greer series" is a body of work originally exibited by MATT ELLWOOD  as a solo show called "Alabama Song" at The General Store for Contemporary Art in Sydney in 2011.

Inspired by what would soon be the 40th anniversary of Greer's March 1972 conviction in New Zealand for the use of obscene language during the promotion of her ground-breaking book "The Female Eunuch", Ellwood reproduces, in charcoal, the nine adverts that appeared throughout her Playboy magazine interview from January of the same year.

The advertisements are predominantly cigarette and alcohol based, obviously aimed at men, but heavily undermined by the message Greer is trying to put across in the text.  The artist addresses this idealogical disjuncture and accentuates the New Zealand context by blacking out and censoring each advertisement's text.

The interview itself was amusingly laden with her expletives, which became the source for Ellwood's limited edition artist book caled "Holiday Anniversary Issue" where all the non-swearing content was removed leaving a kind of accidental formalist potty-mouthed poetry.  See our publications section for more information.

For this exhibition Ellwood has also created a new audience interactive work in the window space. Entitled 'Swear like Greer' it invites the audience to punctuate the surrounding space with the sound of their own voice reiterating the very same words Greer used in her public address all those years ago.