MARTIN POPPELWELL has new work and writing in "Empire of Dirt: Writing about Ceramics" at Objectspace in Auckland from 14 November 2015 - 19 December 2015.

Bringing new voices and perspectives to the appreciation of ceramics, Empire of Dirt brings together 15 writers, some new and some familiar, offering new perspectives on ceramics in New Zealand. The selected writers were invited to select a ceramic work, and bring their own personal style and taste to the project. Including studio, mass produced and industrial ceramics, Empire of Dirt will expand your understanding of the breadth of ceramic production and consumption by adding new voices and perspectives to the critical conversation about the value and appreciation of ceramics in contemporary Aotearoa.

The associated publication can be viewed and downloaded online here - http://www.objectspace.org.nz/Downloads/Assets/5273/Empire+of+Dirt+Writing+about+Ceramics.pdf 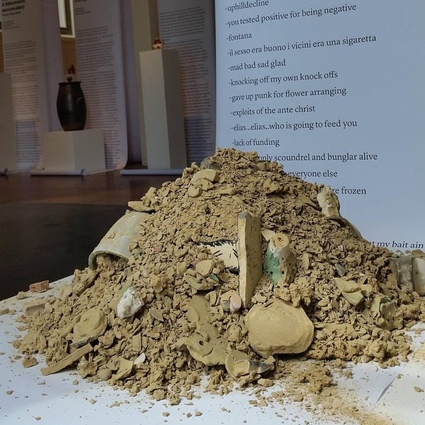