SAM MITCHELL's diptych "Janus" from 2010 is included in the exhibition "25 Years of Winners" at the Wallace Trust Arts Centre from July 3 - September 4 2017.  Mitchell won the Wallace Art Award in 2010 with this work and followed  with a prestigious residency in New York.

"25 Years of Winners" presents the Paramount Award winning works since the establishment of the Wallace Art Awards. From Mark Braunias’ 1992 Roll Call to André Hemer’s 2016 Big Node #10, each winning work has withstood the test of time. The works are diverse in discipline, form and style, providing an impressive cross-section of contemporary New Zealand visual art.

Sir James Wallace established the annual Wallace Art Awards in 1992, to support, promote and expose New Zealand contemporary art and artists. They are now the longest-surviving, largest and richest annual art awards in New Zealand, with a value amounting to over $275,000. The Awards provide challenging opportunities and broadening experiences to the four major prize winners, through residencies at leading international arts institutions.

The Paramount Award is a premier prize for New Zealand artists. Currently the prize winner is awarded a six-month residency at the International Studio and Curatorial Program in New York. The Award has given significant credibility and prospects to the winning artists, who have gone on to successful artistic careers, both nationally and internationally. Winners are presented with a unique bronze trophy by renowned sculptor Terry Stringer as part of their prize, and have their names added to a growing work by Peter Gibson Smith, Roll Call.

To enquire about works by SAM MITCHELL: info@melanierogergallery.com 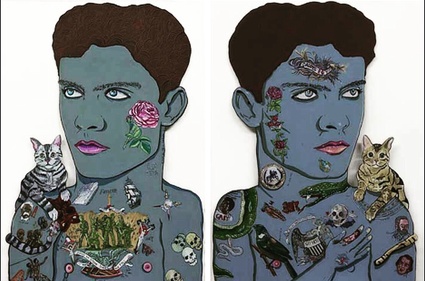