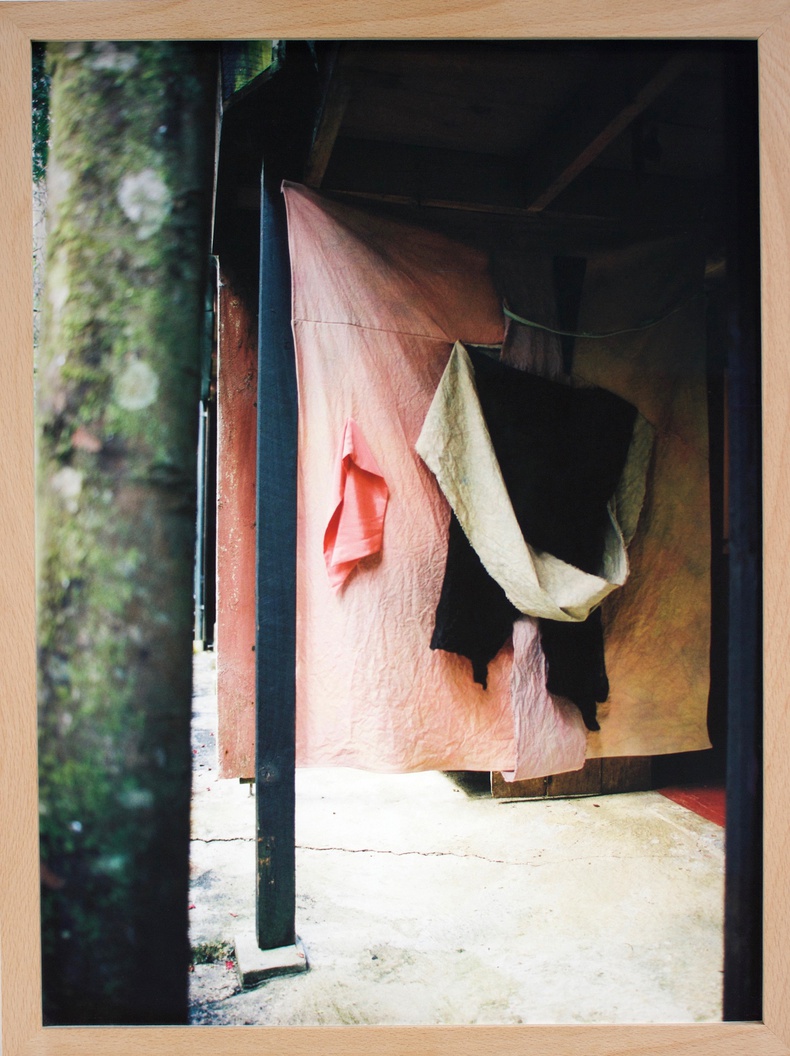 LIYEN CHONG developed her exhibited body of work while McCahon House Artist in Residence in 2011. Included are bowls produced prior to the residency and mixed media prints completed soon after. The imagery is drawn from a series of shoots and performances in which Chong was both sole photographer and subject. She appears in these works within the small confines of a studio space in various poses and attire. The images were altered further in the process, with the addition of various marks and patterns on the surface. Further representations of selfhood appear in Chong’s ceramic bowls and plates. Photographic prints of her hair or of herself in silhouette are fired in to the centre of the vessels, forming swirling black patterns. These dishes have been displayed as installations on the floor so that that the different circles and designs are emphasised further.

EMMA FITTS (image) presents her recent series of photographic works made while artist in resdience at McCahon House in Titirangi.  These new works enter into an imaginative dialogue between the writing of Anni Albers, the interior design of Eileen Gray and the portrait painting of Romaine Brooks. Combining the site of the McCahon house and this group of remarkable historical figures new ideas of portraiture and architectural decoration emerge. Photographs are shot on a medium format camera with interior photographer Neeve Woodward on the site of Colin and Ann McCahon’s home, Titirangi, Auckland.

GAVIN HURLEY presents a new selection of collages and paintings continuing his exploration into working relationships and power structures within the boardroom. Each collage work is unique and hand cut from found paper.

SAM MITCHELL continues her subversive take on the world with her plate paintings. Originally begun in 2014 as a series in Invercargill exploring the local history and region when she had the William Hodges Fellowship, these works have developed in the past few years to include everything from David Bowie, E.T. and ancient mythology.

STANLEY PALMER presents a suite of small paintings - studies for his recent larger works in the exhibition "Chart of Aotearoa". These recall some of New Zealand's most iconic beaches and landscapes in the lead up to the Summer season - Karamea, Akaroa and the Chatham Islands.

Recent tapestries and beaded works by ERICA VAN ZON are featured as a new grouping.  These were made primarily during her residency at Tylee Cottage in 2017 and were subsequently exhibited at the Sarjeant Gallery, Whanganui; Objectspace, Auckland and a small selection at Te Uru in Titirangi.