The following is in response to the recent online commentary by Art Bank on BFM and Frances Morton on Vice.com regarding the representation of female artists by New Zealand galleries.

I believe the discussion is a valid one, but I also believe that it needs to be properly researched rather than a discussion based on narrow figures to sensationalise the matter. Art Bank looked at the artist lists of 6 galleries (and later added Paul Nache Gallery to discuss their recent CNZ art fair funding). This is extremely limiting and does not include a number of great galleries that have strong support and representation of female artists – ourselves at Melanie Roger Gallery, Anna Miles Gallery, Two Rooms and Jonathan Smart Gallery for instance to name a few.

Art Banker did reply (although have since removed comments) to feedback raised online, saying that they had looked only at galleries that participate in international art fairs, yet this was never clarified as the means to classify, in the original commentary. Instead it has been sensationalised as “New Zealand’s Top Galleries” – a narrow and subjective view to suit the argument.

They also went on to say that they weren’t looking at artists or galleries that showed “small paintings” or ceramics by female artists and Frances Morton posed the question as to whether “…girls were making the wrong kind of art”. These comments alone are insulting and indicate their own marginalisation of female artists. Are they implying that a female artist is not credible / worthy enough unless they fit into a world and a genre that is currently more male dominated – the “heroic art” for instance that Trish Clark mentions? Surely this goes against the supposedly feminist view point they are preaching.

Female artists make a range of work – as do male artists. Some mediums and genres may be more traditionally associated with women, but this shouldn’t mean that they should be overlooked or ignored. It is a choice and surely they should be respected for their choices.

Trish Clark in the interview with Frances Morton, discussed the difficulty of managing a busy gallery as a working mother and also raised the point that this may apply to female artists saying “I had a baby and toddler and I realised I was having to give the artists more emotional sustenance than I was giving to my own children. That's why I swore I wouldn't have another gallery until the kids had left home.”

I agree – it is hard and it is a juggling act. I have an almost 11 year old daughter and am stepmother to a 14 year old boy too. Life is really busy. We make it work, but it does mean that there are things that are more challenging to make happen than it is for a male dealer without children. It IS different.

And female artists (like it or not) do face similar issues as Trish also raised. Art Banker said that she ”…says some dodgy things re female gender-normative aesthetics and assuming women are overlooked by the market because they have babies/ families.” Trish did not necessarily say that the market overlooks women who have babies / families, but rather that she is aware that it is tougher for the women themselves to make work when they have babies / families.

I am not even sure what Art Banker refers to when they say that  “...She is also very 'touch and go' on WOC & working class women.” as neither of these issues appears to have been raised by Trish Clark. More sensationalism and selective commentary by Art Banker to suit their ‘cause’ perhaps?

A good dealer will work with his / her artists though to create a long term plan for the artist’s career that does not need to stop because of children. It IS do-able. We have done it at Melanie Roger Gallery with a number of the women that we represent. To deny that it is a real thing though, is naïve and insulting. Being aware of it and learning to work with it, is respectful and sustainable.

Melanie Roger Gallery is proud to currently represent 12 female artists out of a total of 19.  We have also worked regularly in the past year with a further 6 out of 11 guest artists.  Below is a list with links to each of these artists and their work.

At the 2016 Auckland Art Fair will will exhibit new and recent work by KIRSTIN CARLIN, TESSA LAIRD, ERICA VAN ZON and SAM MITCHELL. 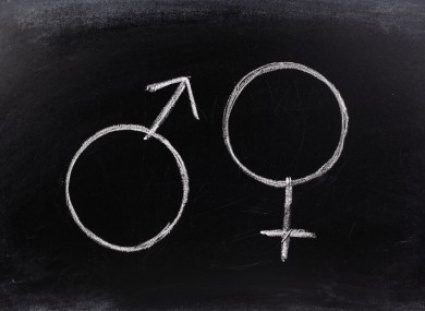